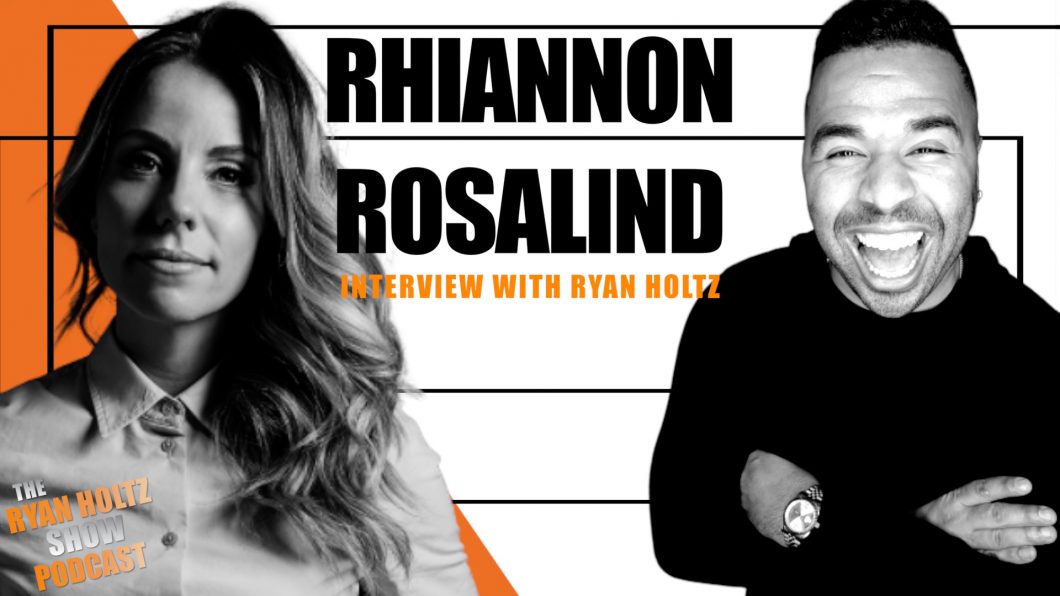 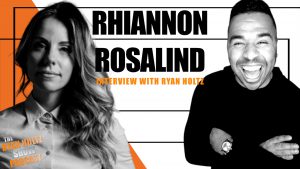 LIVE from Toronto, we had the pleasure of sitting down with Rhiannon Rosalind, CEO of The Economic Club Of Canada to chat about her experience interviewing the 44th president of The United States, Barack Obama. This beautiful conversation went far deeper than Barack Obama. We touched on equality, alcoholism and the lack of representation amongst minorities in the business community. We also touched on inspirational messages and guidances that helped shape Rhiannon from the time she was a little girl. We also chat about how the labour force in Canada needs to more soft skills to move us forward as a collective. This conversation is pure magic full of trials and tribulations. Rhiannon is truly an amazing human and we are thankful that she took time ON A SUNDAY to come on the show during our visit to Toronto. We are happy to introduce you to this incredible human.

3:30 – How Rhiannon got her start
12:00 – How Rhiannon transforms her creativity into business success
15:45 – Struggle with alcoholism and Rhiannon’s battle with anxiety
17:00 – Became CEO of Economic Club Of Canada at 26
22:00 – How Rhiannon over came imposter syndrome
25:00 – Bought the Economic Club Of Canada and is the sole owner
27:00 – How Rhiannon has been laughed out of boardrooms. Chiefs Sales Officer.
28:35 – Why being an exception to the rule is ridiculous
29:30 – Number 1 podcast shout out for Ryan Holtz Show
40:00 – Battle with Alcohol all while hosting prime ministers and heads of states
42:00 – 500,000 Canadians are calling in sick to work because of mental health and depression resulting in 6 billion dollars being shouldered by corporations
42:46 – People just want a hug
44:35 – How Global institute for conscious economics was born and founded
45:50 – How Rosalind’s lack of education is her biggest strength, she breaks down advanced speak into everyday terms
49:50 – Emily O’Brien smuggled drugs
52:00 – People, planet and profitability can all co-exist
1:56:44 – What was it like to interview Barack Obama for Rhiannon Rosalind
1:58:54 – Barack Obama talked about how soft skills are needed to move us forward in the labour market, not just STEM
1:59:39 – Rhiannon cried and talked about how great Barack was
2:01:00 – How yo interview and best times to interject

Rhiannon Rosalind is the President, CEO and Owner of The Economic Club of Canada, and Founder of The Jr. Economic Club of Canada. Rhiannon is redefining what it means to be a corporate leader in this country. She is passionate about highlighting the most important issues our nation is grappling with – from Truth & Reconciliation to racism & exclusion on Bay Street, Rhiannon is challenging corporate Canada to see its role in creating a more prosperous and equal future for everyone. Rhiannon has hosted countless thought leaders and changemakers at the Economic Club of Canada through the years including Prime Minister Justin Trudeau, Former First Lady Michelle Obama and human rights advocate, Amal Clooney. A go-to for Bay Street, tech, healthcare, domestic and international political leaders, The Economic Club is a public policy platform for the 21st-century, where the leaders of today and tomorrow connect.

After graduating from Ryerson University, Rhiannon joined The Economic Club of Canada in 2008 and became owner, President and CEO in 2011 at just 27 years old. Rhiannon has been acknowledged as one of the most accomplished influencers in Canada. She has been named one of Canada’s Change Agents by Canadian Business Magazine and one of Canada’s TOP 100 Most Powerful Women in Business three times and became the youngest ever WXN “Hall of Fame” award winner in the fall of 2018. She has also served as a producer and host for a national television series, Sides (Airing on Much Music), a show that engaged and empowered youth.

Rhiannon has been a tireless advocate for youth, developing seven national programs under the Jr. Economic Club banner that have impacted over 50,000 young Canadian’s and provided over $150,000 in academic scholarships. Rhiannon may mingle and do business with the C-suite crowd, but she definitely shouldn’t be confused with the establishment. Inspired by her own lived experience with child poverty as the daughter of a single mother, Rhiannon has become a warrior for women and youth facing barriers.

Rhiannon is the proud mother of two young boys, Luke and Bennett, and enjoys exploring Toronto with them in her spare time.