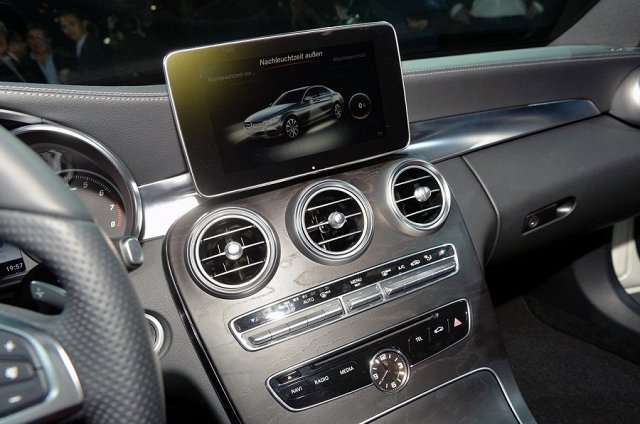 From its first iteration in 1898, the Detroit auto show remained the premier event for showcasing the latest innovations in the industry. In recent years, however, the Consumer Electronics Show (CES) in Las Vegas has become an equally important event, exemplifying the growing significance of technology in vehicles.

This year’s CES played host to nine of the world’s top 10 automotive manufacturers – as well as a number of tech firms now playing in the automotive space, such as Apple and Google – all of whom came to show off the latest innovations in driverless cars, fuel economy, driver safety and other rapidly evolving automotive technologies. “Nothing less than a smartphone on wheels,” in the words of Gary Shapiro, president of CES.

“I’ve been in this business for over 20 years, and I’m constantly amazed at how over the past three or four years you’ve really seen CES become integral to the technology dialogue for manufacturer,” said Michael Hatch, chief economist of the Canadian Automobile Dealers Association (CADA). “There’s a huge investment and a huge demand to see auto makers there, and it’s driving the immediate consumer agenda as to what’s going on.”

Most Canadians, however, don’t attend CES, and only purchase a new vehicle after an average of nine years, an eternity in technology years. But with these rapid advancements emerging as a centrepiece to the automotive sales strategy, marketers, dealers and manufacturers are faced with the challenge of keeping consumers up to speed.

Thus far, studies show they haven’t been doing a great job. A recent report by J.D. Power found that 20 per cent of new-vehicle owners never used more than half of the 33 technology features tracked in the study, such as in-vehicle concierge services, automatic parking and mobile routers. Furthermore, the report found consumers who fail to master these new technologies in the first 30 days of ownership are unlikely to ever use them.

“There’s a large percentage of those consumers that didn’t even give the technology inside their vehicles a try,” said Kristin Kolodge, executive director of driver interaction and HMI research for J.D. Power and Associates.

The Internet has empowered consumers to become more knowledgeable about the vehicles they purchase, but knowing about a car’s features and knowing how to use them are two separate concerns, said Chris Sutton, vice-president of J.D. Power and Associates’ Retail Practice.

“They come in the store with a pretty good sense of what they’re looking for, but their understanding of how that technology works, how it’s interrelated and how to use it, I think they still need help with that,” he said. “It sub-optimizes their ownership experience. You probably have a greater risk than you otherwise would of retaining that customer.”

Sutton adds that dealerships in the United States have begun hiring in-house technology specialists to help consumers better understand the technology features of their automobile, not unlike how tech retailers like Apple and Best Buy offer Genius Bar and Geek Squad support, respectively. While this trend is yet to spread into Canada, Sutton believes that the growing influence of technology in the automotive industry has the potential to disrupt the traditional role of a dealership.

“The key is accepting that it’s probably unlikely that at the end of a four-hour purchasing experience – which would include three hours of delivery and some time upstream talking about the benefits and controls of the vehicle – that, as a customer, I would leave knowing exactly how to use every one of those features and controls,” he said. “It’s incumbent on the dealership to follow up in the first two weeks or the first two months to make sure the customer knows how to use the features of the vehicle.”

“Manufacturers still have not figured out the platform in which to educate and send out that message,” he said. “It’s kind of the wild west in terms of the dealer, because every dealer’s really on their own to choose whether or not to educate the customer on the technology side of it.”

While educating the consumer remains a challenge, Kolodge also believes it could be an opportunity for the industry in countries like Canada where the car buying cycle is nearing a decade long.

“It could encourage a purchase sooner based on the benefits of the new technologies available,” she said, suggesting that automobiles may become out-dated as quickly as other consumer tech products like laptops and phones. “That’s why having that level of awareness is so important.”