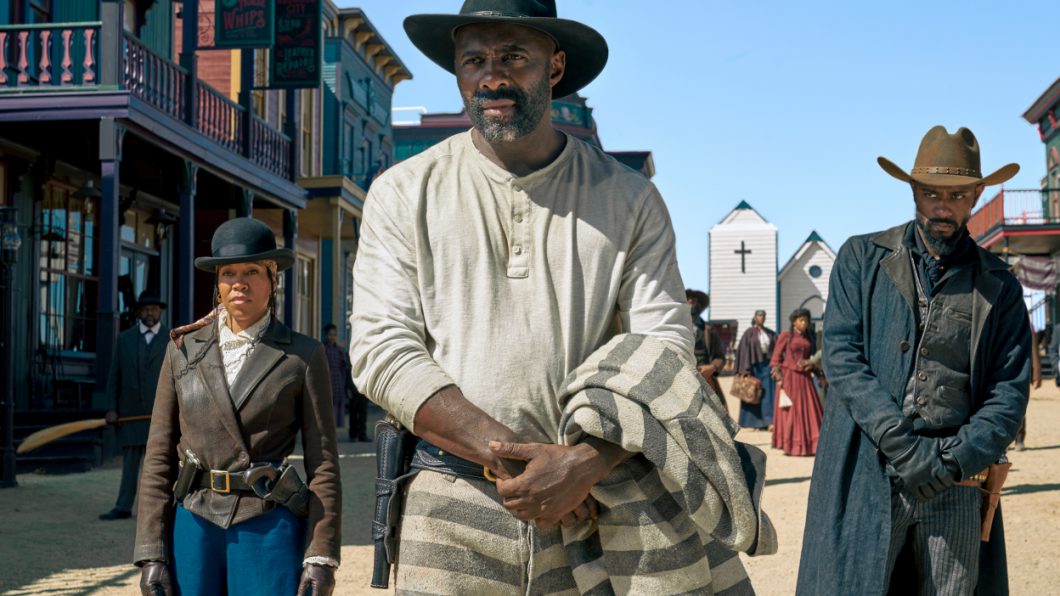 “While the events of this story are fictional…These. People. Existed.”

This is the title card that kicks off The Harder They Fall, a Netflix-released Western inspired by an array of real-life Black cowpokes that have too long been overlooked by the genre. Co-writer/director Jeymes Samuel gathers a dazzling ensemble of Black stars to give these historical figures plenty of bravado. But while their boldness and names are used, little of the facts of their actual lives can be found in this movie.

So, fact or fiction?

Here’s the rundown on the true history of the heroes and villains of The Harder They Fall.

Unlike his namesake in The Harder They Fall, this cowboy wasn’t an outlaw or carrying a father-slain grudge.

Born to enslaved Tennessee sharecroppers in 1854, Nat Love forged his own path by heading out West after the American Civil War. According to Encyclopedia.com, he was one of 5,000 Black cowboys who drove cattle on the treacherous Chisolm Trail. But Love distinguished himself as a roper and shootist in an 1876 competition in Deadwood City, South Dakota. His victories there won him the nickname “Deadwood Dick,” a moniker he’d carry for the rest of his long life.

As Love could read and write, he was not content to leave his legend to the telling of others. In 1907, he released the autobiography The Life and Adventures of Nat Love: Better Known in the Cattle Country as “Deadwood Dick.”

Recounting 20 years lived in the Wild West, Love wrote, “Horses were shot out from under me, men killed around me, but always I escaped with a trifling wound at the worst. I gloried in the danger.”

Now, the real Rufus Buck was an outlaw. And just as is hinted in the movie, his violent crimes had a revolutionary underpinning that aimed to oust white colonizers. However, he was much younger than depicted in The Harder They Fall, and his father wasn’t a Black preacher.

Harvard Magazine reports, “The gang’s leader, Rufus Buck, the 18-year-old son of a Black mother and Creek father, burned with a zealot’s passion: he dreamed that his gang’s spree would trigger an Indian uprising that would expel the illegal white majority and reclaim the whole Territory for its native people.”

Buck did not succeed. After a ruthless rampage of rape and murder, his gang was captured. Per the National Park Service‘s series “Fort Smith Minutes,” they were hanged for their offenses on July 1, 1896.

Colorism criticism has been raised over some major liberties that were taken in the re-imagining of Stagecoach Mary. In the movie, Mary Fields is depicted as a saloon-owner/showgirl who is young, light-skinned, and favors flashy women’s clothing. In real life, she was dark-skinned, preferred men’s clothing, and was in her 60s when she made her mark on the West as the first African American woman to deliver mail there.

Born into slavery around 1832, Mary worked her way north after the Civil War, taking odd jobs on riverboats and working as a servant and laundress. Eventually, she became a groundskeeper at the Ursuline Convent of the Sacred Heart in Toledo, Ohio.

History.com notes that her penchant for cursing, smoking cigars, and drinking did not endear her to the nuns there. However, when she set out for the West, these attributes — along with her skills for shooting — made Mary a beloved personality. Carrying a rifle and a revolver, Stagecoach Mary rode through horrid weather and rocky roads, fending off vicious bandits and ravenous wolves to deliver the post. By the time she retired, it’s said there were many who’d pay this tough broad respect by buying her a meal or a drink or two at the local tavern.

In The Harder They Fall, Treacherous Trudy is Buck’s ruthless right hand and an unblinking badass who can face down a barreling train. Unfortunately, many of the details of her actual life have been lost to time. In an interview with Indiewire, Samuel said only, “With Treacherous Trudy Smith, little was known about her. But we know she came from Barbary Coast in San Francisco. Then she left, which meant she was well-traveled.”

For much of the movie, Stagecoach Mary’s take-no-nonsense bouncer is called Cuffee. But in the end, her inspiration is name-dropped: Cathay Williams.

Like her onscreen persona, Williams wore men’s garments and was ready for war. The 22-year-old enlisted in the U.S. Regular Army under the name William Cathay, as women were prohibited from fighting. Later, she would join the all-Black regiment, the Buffalo Soldiers, becoming the only woman in their ranks and the first documented woman to serve in the U.S. Army.

Born into slavery in 1844 Missouri, Williams’ first experience with the military was when the Union army occupied Jefferson City and claimed all enslaved residents as “contraband.” This meant she was conscripted into service as a cook, laundress, or nurse. By 17, she volunteered to do such work before disguising herself as a man in order to serve as a soldier.

After her time in the military came to an end, Williams moved to Colorado, where she married a man that she’d later described as “no account” — he robbed her of money, a team of horses, and a wagon. Then, she became a seamstress. The highs and lows of her life were ultimately recorded by a roving reporter, who told her tale in the St. Louis Daily Times on Jan. 2, 1876.

Of her time in the army, she said, “Only two persons, a cousin and a particular friend, members of the regiment, knew that I was a woman. They never ‘blowed’ on me. They were partly the cause of my joining the army. Another reason was I wanted to make my own living and not be dependent on relations or friends.”

Sadly, for all her years of service and fame, Williams — who was plagued by health problems including diabetes and neuralgia — was denied disability pension. Her exact death date is unknown, but the National Park Service notes it’s believed to have been shortly after her final plea for assistance.

This article was written by Kristy Puchko and can be read in its entirety on Mashable here.